Careers in UN: Challenges and Tips 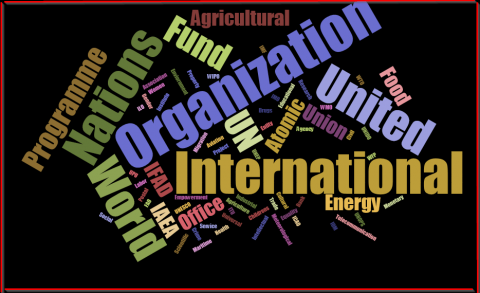 What does it take to get a job at the United Nations? CEU students and alumni working at different UN agencies answered this and many other questions during a recent panel discussion.

What Jobs Are There in the UN?

Durrani works as a Partnerships Manager at UNICEF’s New York headquarters. He started his career at the UN in 2009 in South Sudan, initially taking a role with the United Nations Development Programme (UNDP) in a so-called  non-family duty station. Durrani described his UN experience as a great opportunity to help others while making a living.

Loryan began working for the Food and Agriculture Organization of the UN (FAO) in 2017.  Initially, she filled different positions in Human Resources in FAO’s Budapest Shared Services Center before a recent shift to the role of a Programme and Monitoring Specialist in FAO’s Regional Office for Europe and Central Asia. In this role she builds on experience managing projects and conducting country risk-assessments gained in part through her capstone project during her studies at CEU.

Another CEU alumna, Pudilova, is serving as a UN Youth Volunteer in Innovation with UNICEF in Serbia. Her job is to introduce innovation principles to development work while cooperating with the private sector. Pudilova admitted her choice of the position wasn’t shaped by the desire to work for the UN but in the Balkans.

The other two speakers—Poitevin (ENVS ’19) and Dzhusupova (ECBS ’19)—are current CEU students and work part time with UNCHR’s shared service center in Budapest as Senior Supply Assistants in Quality Unit. Both of them paved their way to the UN by doing internships during the first years of their two-year MA programs.

What Are the Challenges of Serving the UN?

One challenge cited by all three speakers is adjusting to the bureaucracy within the UN. There was consensus that patience is required when implementing projects there.

The speakers’ roles are quite different, as are the challenges they shared. Poitevin, who has been mostly involved in the office work, expressed a wish to work more with people. Durrani, whose current work involves nurturing partnerships with governments, referenced other challenges.

How to Get a Job at the UN? Main Tips

Speakers agreed that the earlier you start applying for positions at the UN, the better. This is also because UN hiring processes can be long and involved. Pudilova suggested looking at paths such as the United Nations Volunteer (UNV) programme because gaining some form of UN experience can potentially make it easier to get into the system.

Durrani suggested other channels for gaining relevant skills and experience. For example, he urged students to consider working for NGOs as they build their career pathway to the UN and also suggested they focus on learning project management, research, planning and reporting. He also suggested that, when possible, job seekers cultivate a selective attitude towards the roles they apply to and accept, even if this means staying jobless for a while. This, he explained, can be a way to grow as a specialist in a narrow field.

The topic of 21-st century skills came up as speakers provided the audience with tips and advice. Pudilova mentioned that experience with drones, blockchain, and AI could be advantageous when applying for UN positions. Additionally, the ability to speak the language of the region where you intend to work cannot be underestimated.

Loryan emphasized the importance of understanding what the work in the field is like, as this is a useful way to see how the system functions. She also recommended students consider starting their engagement with the UN as interns, because interns are sometimes hired as consultants at the UN.

Enriching your CV with an eye towards the longer-term is crucial, according to the speakers. Loryan suggested that audience members interested in the UN take advantage of volunteer and internship experiences to gain relevant experiences while studying. She also suggested students make use of career services by attending workshops and working one-on-one with their career advisor to develop a personal strategy, prepare a cover letter and otherwise prepare. Durrani reminded attendees to make sure to include key words from job vacancies in their CVs to draw the attention of recruiters.

In terms of getting an internship, Dzhusupova advised students neither to hesitate nor to question their skills. Interestingly, when she applied for her internship at UNCHR, she was told that the agency was looking for only one intern. But thanks to her successful completion of written and technical assignments, they decided to take two, and she got an offer.

Loryan concluded by advising not to give up, qualitatively apply for UN positions as much as you can and try out different types of contracts with the organization.